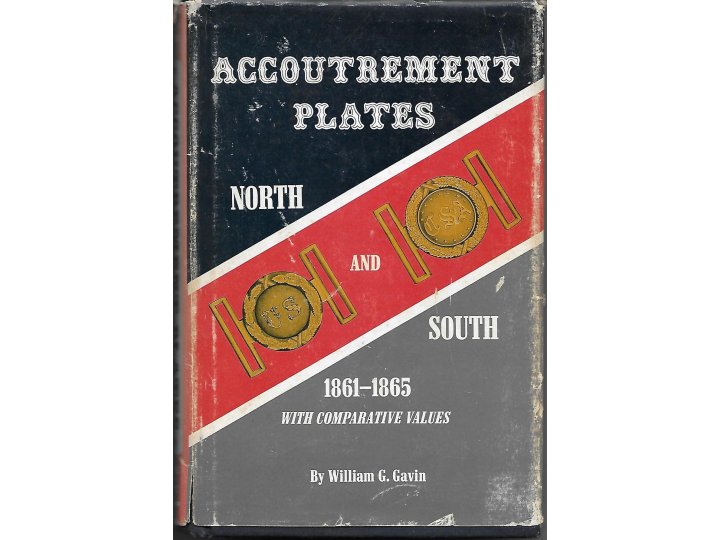 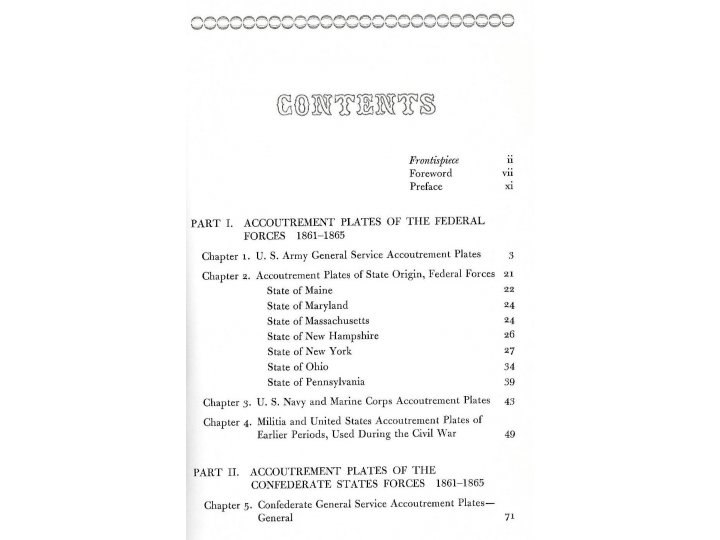 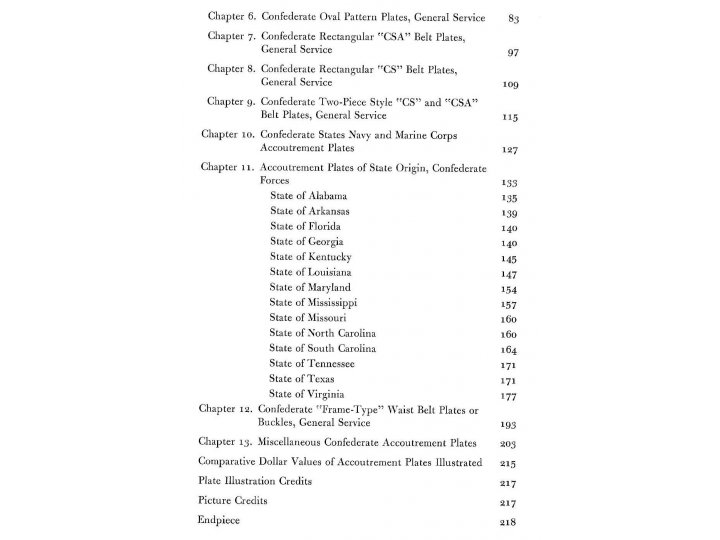 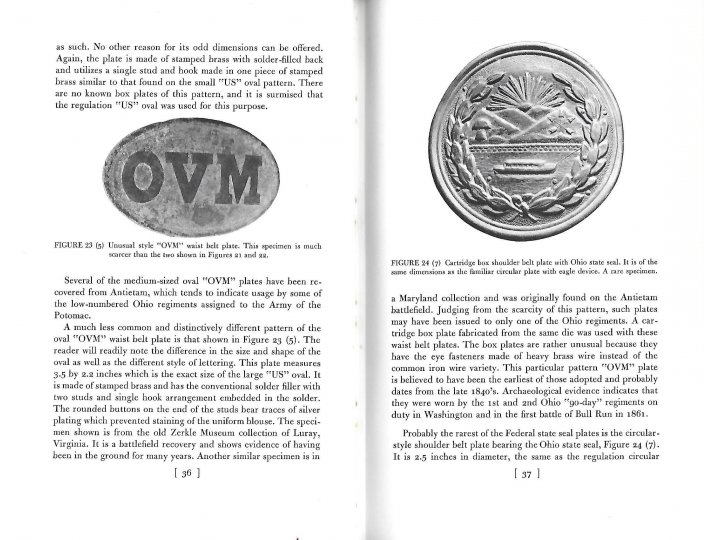 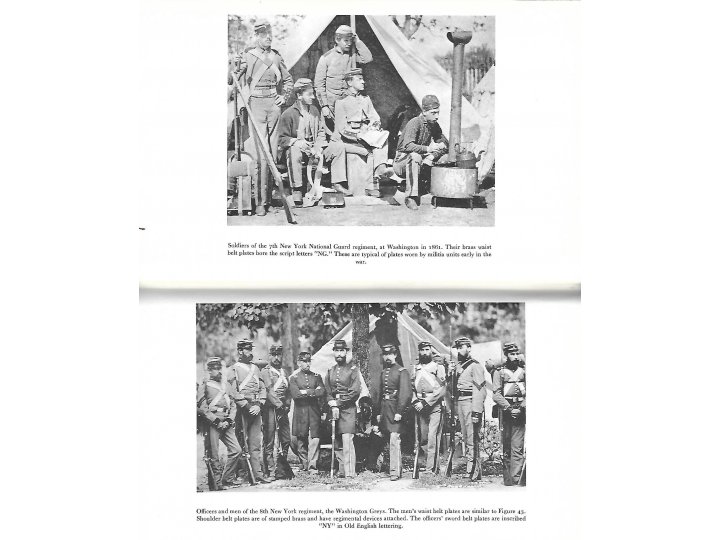 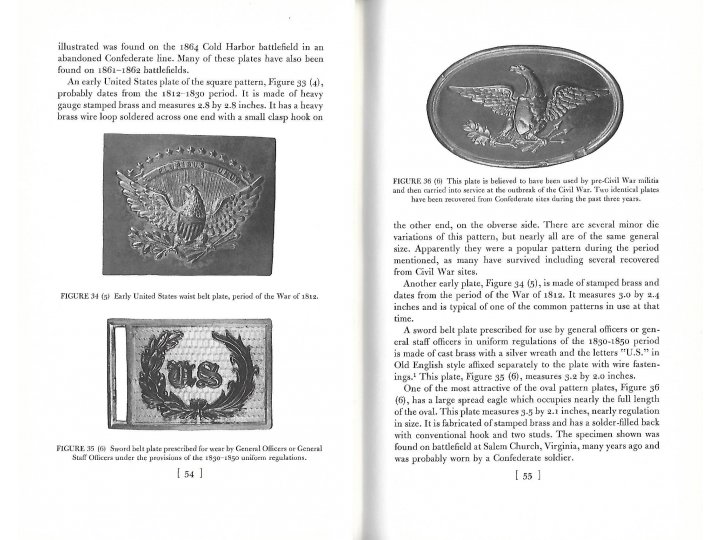 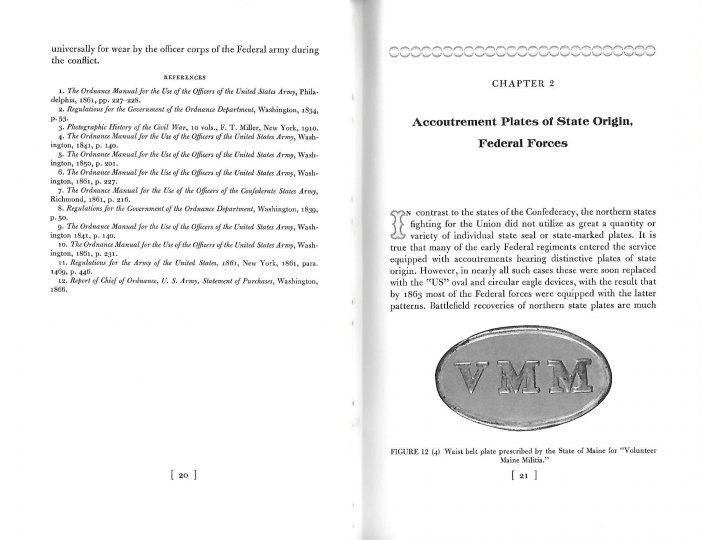 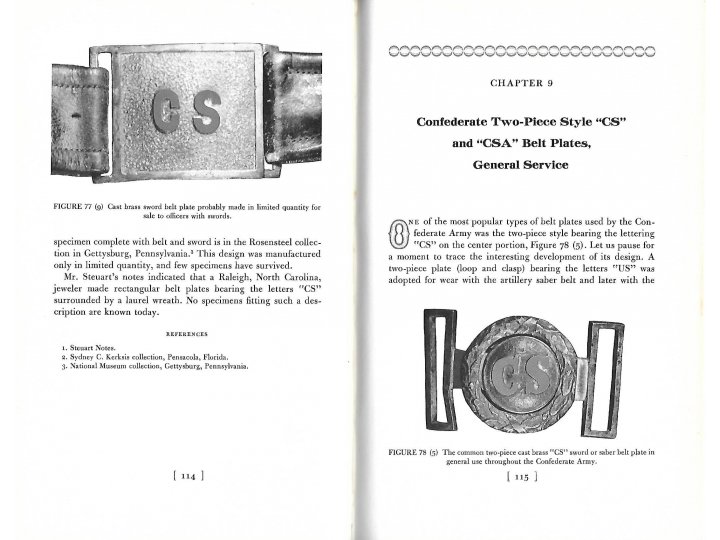 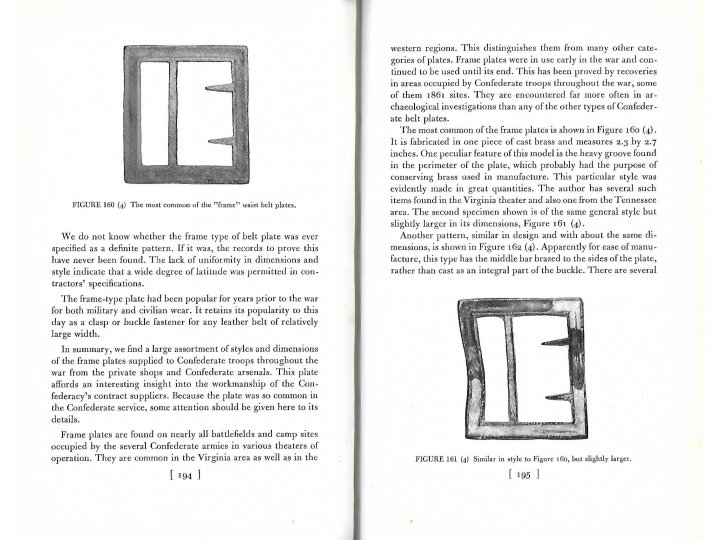 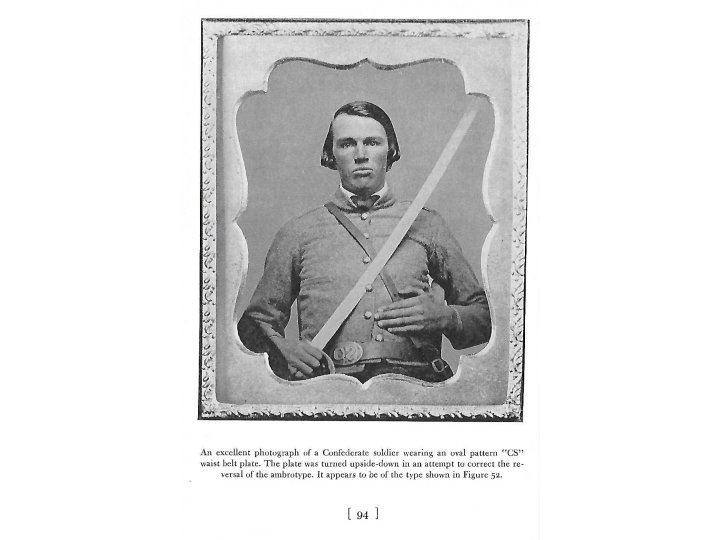 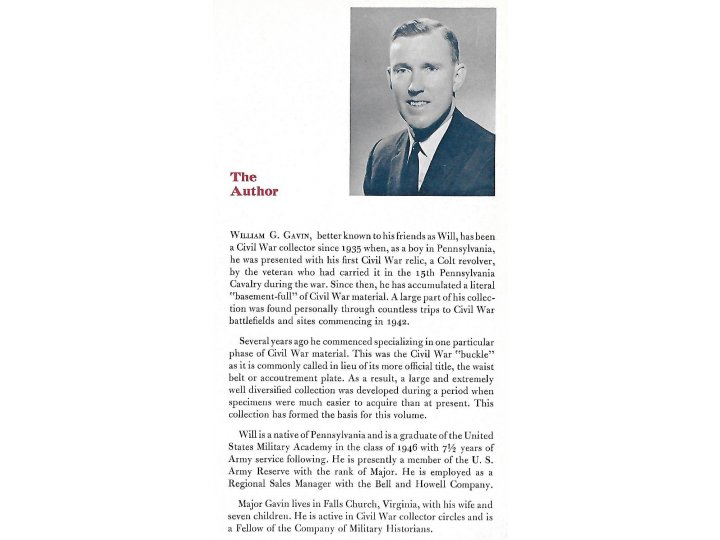 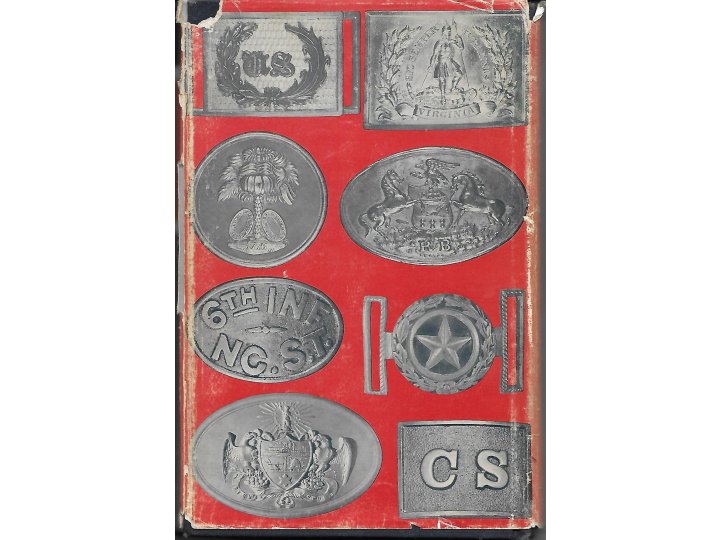 Title: Accoutrement Plates North and South 1861-1865
Author: William G. Gavin
Publisher: Riling and Lentz, Philadelphia, PA., 1963
Construction: Hardcover
Pages: 218
Approximate size: 6 x 8-3/4 inches
Condition:  Previously owned, very good. The dust cover shows wear mainly at the spine and edges. On the front endpaper in blue ink is the former owner's name, city of residence, and date.
Comments: This out of print, first edition reference book is from the personal library of the late E. V. Smith, a longtime Virginia relic hunter. It is one of the very first works covering accoutrement plates of both the Federal forces as well as the Confederate state forces. Excavated relics from his collection are also being offered for sale on this website. The book includes 178 examples of accoutrement plates and buckles which are described and shown in detail.  The author also included a page with comparative values as of 1963 which you may find very interesting. This book is a must have book for the serious Civil War accoutrement plate collector and will be an excellent addition to any Civil War accoutrement reference library.