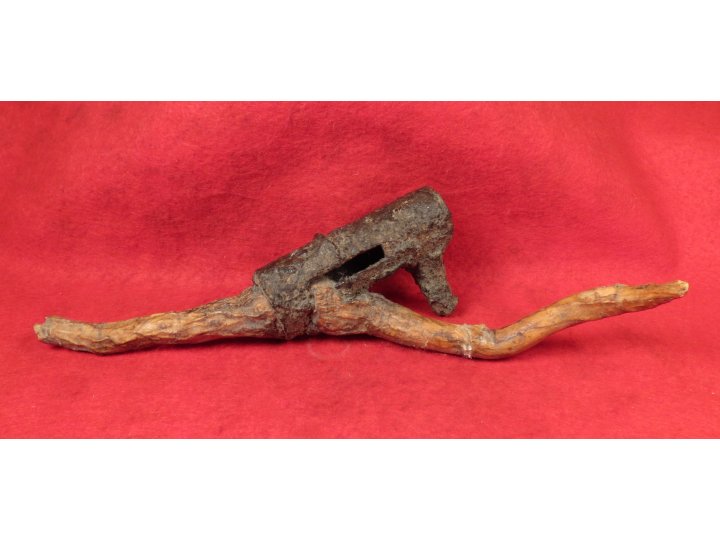 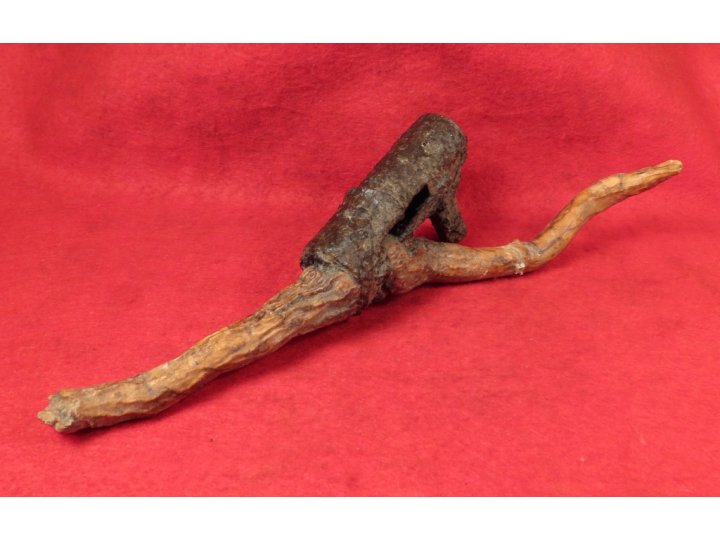 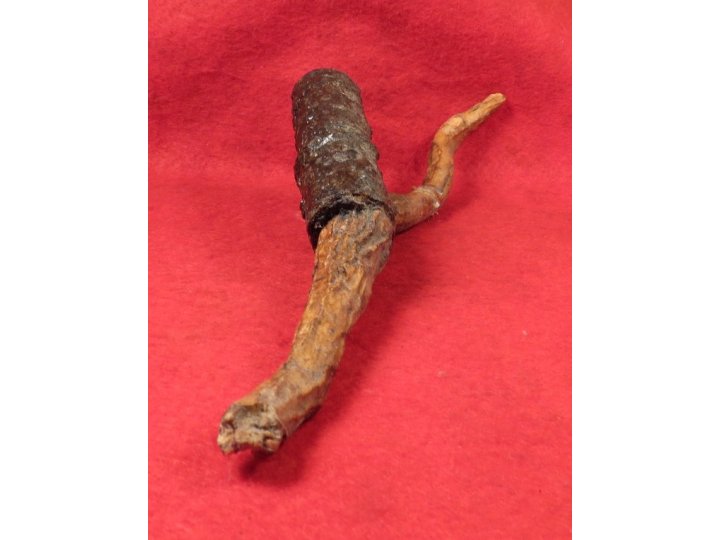 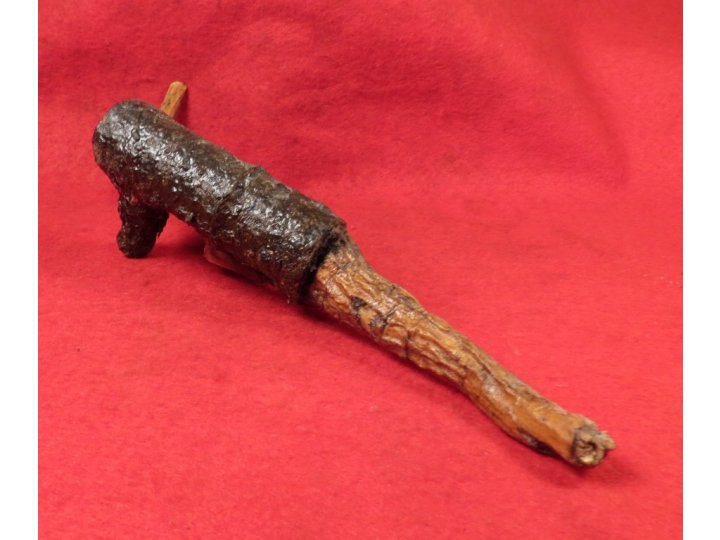 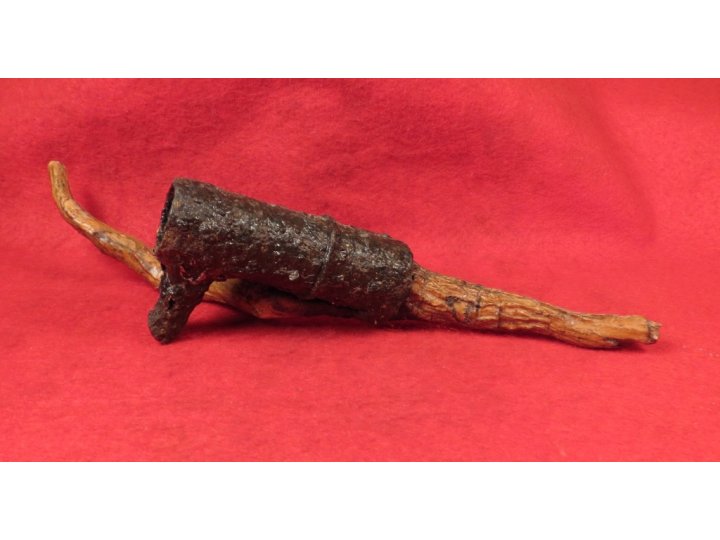 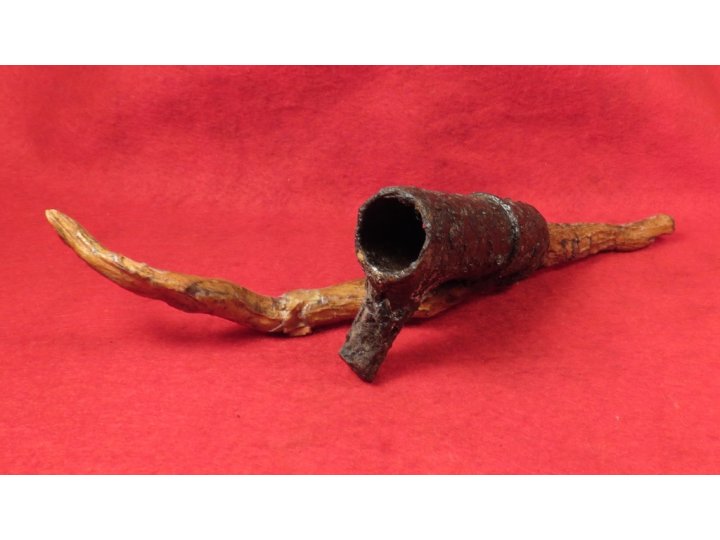 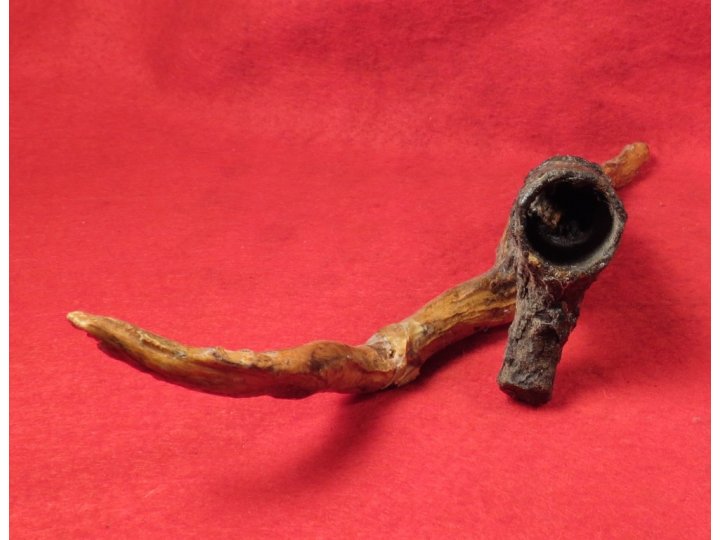 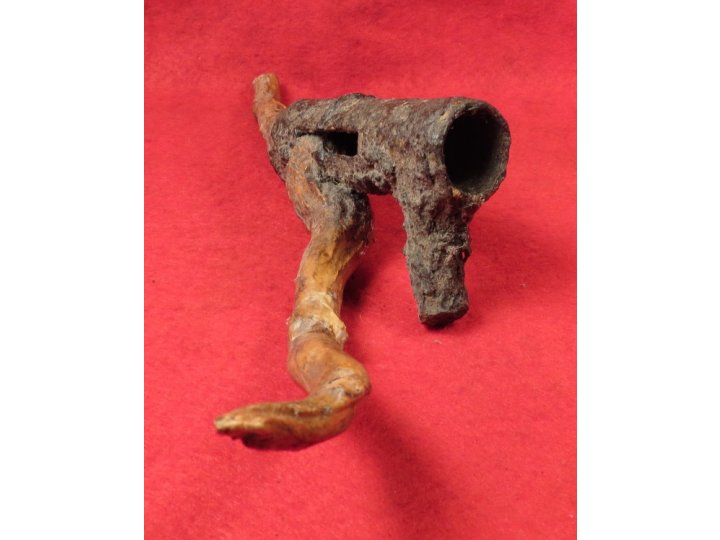 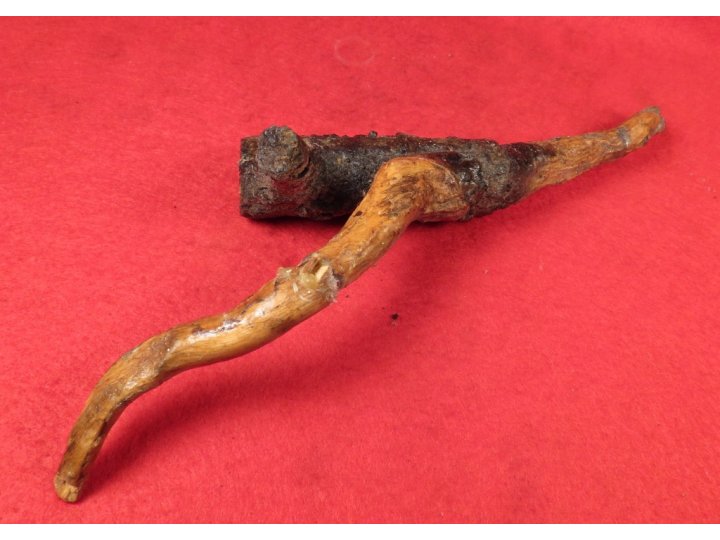 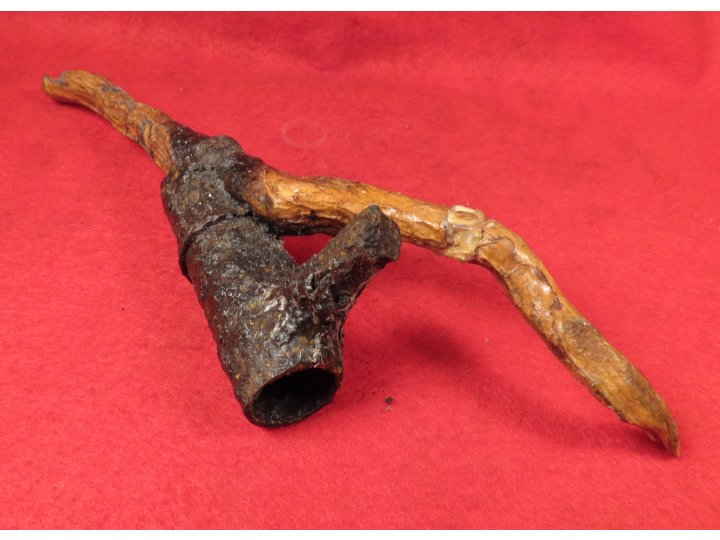 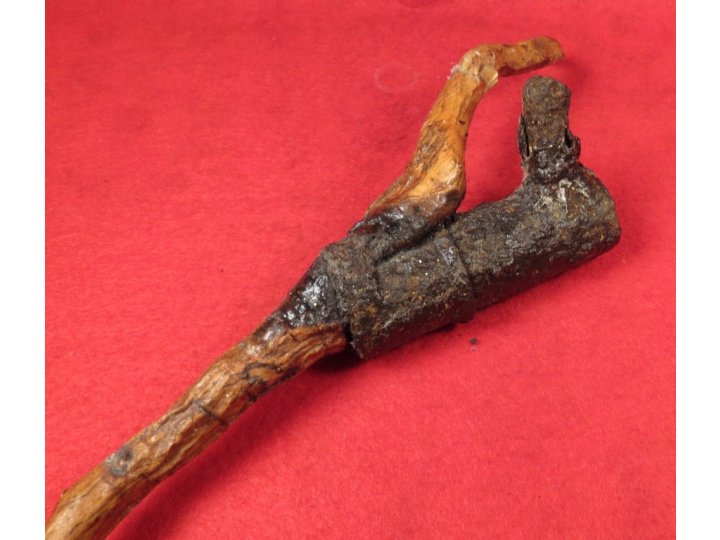 After spending decades in the central Virginia soil, a root, of some type of vegetation, found its way through the end of a bayonet socket. The iron socket is believed to be part of a .58 caliber US Model 1855 bayonet. The root grew to the point where it could not grow any further within the socket which makes it very secure. One portion of the root, nearly 3 inches away from the socket, appears to have been repaired with epoxy. Both root and iron socket appear to have been lightly clear coated at some point long ago so as to preserve the relic. Some of the coating has begun to deteriorate, allowing some of the iron rust build-up on the socket to flake away, but the socket remains solid. It measures approximately 10 inches in length. This bayonet socket with root will be an excellent display piece and a fine addition to any Civil War relic collection.