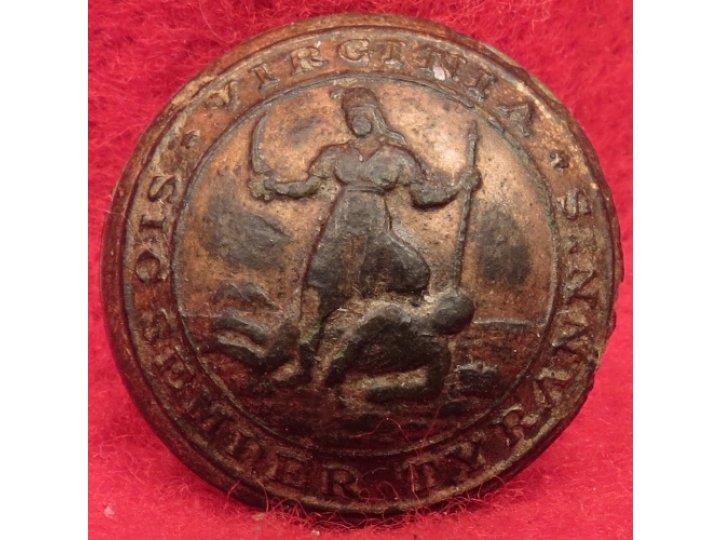 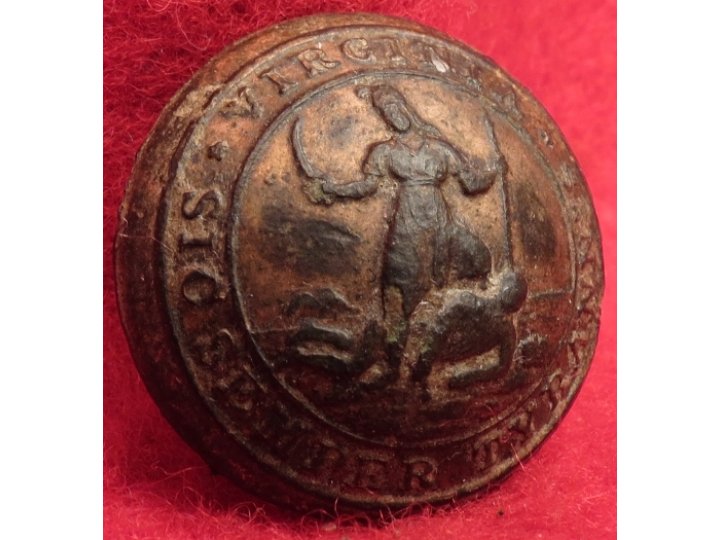 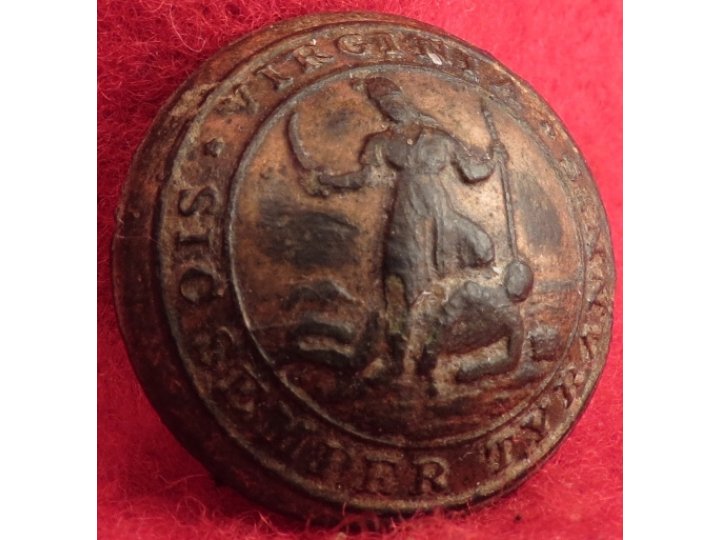 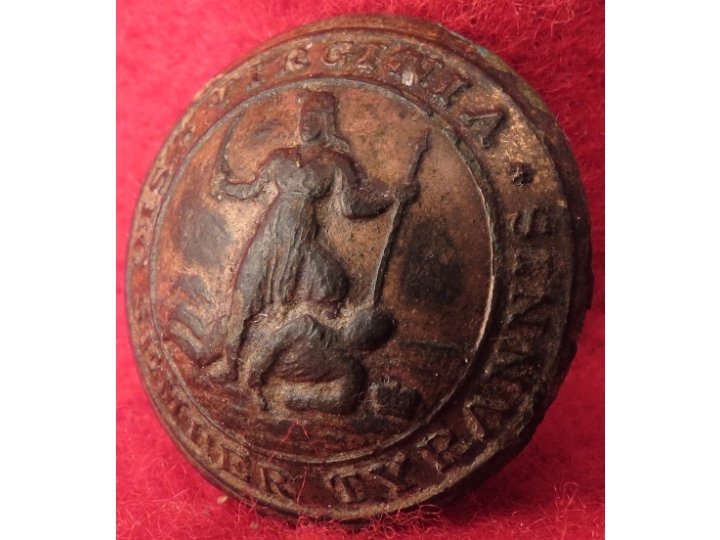 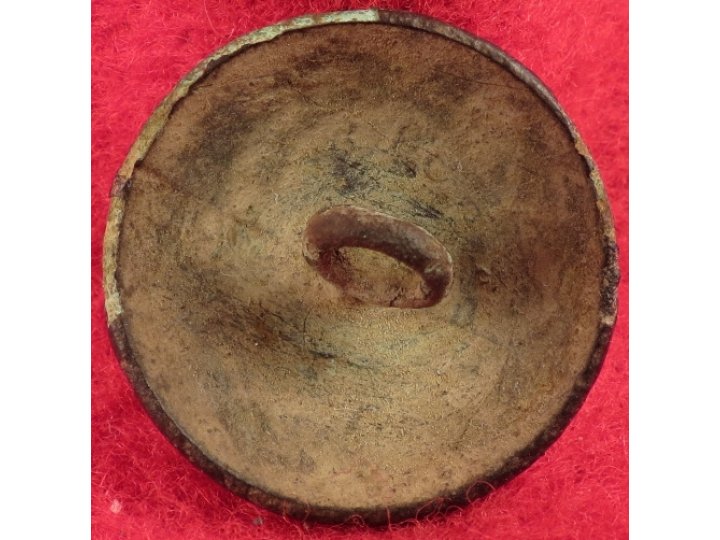 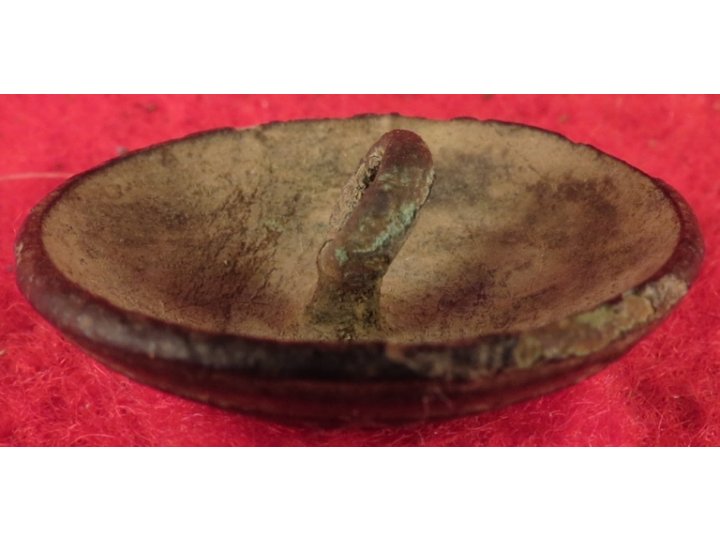 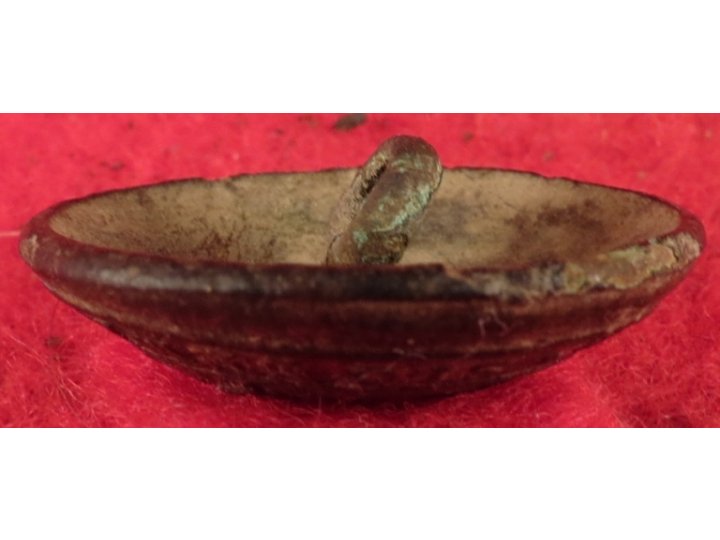 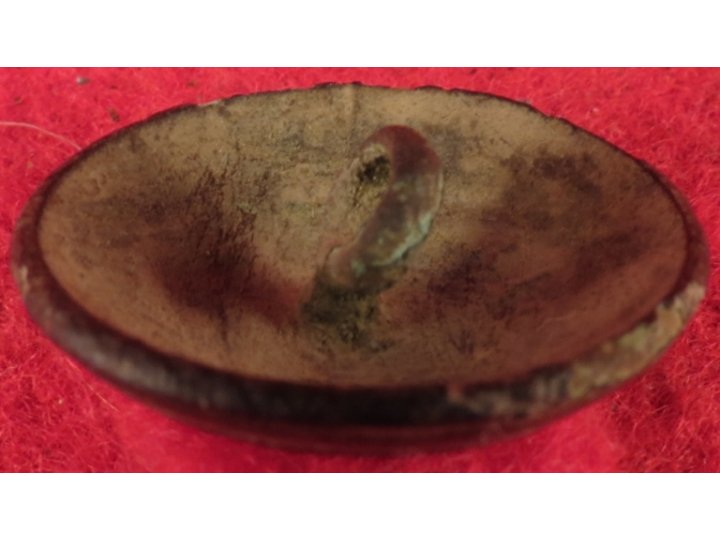 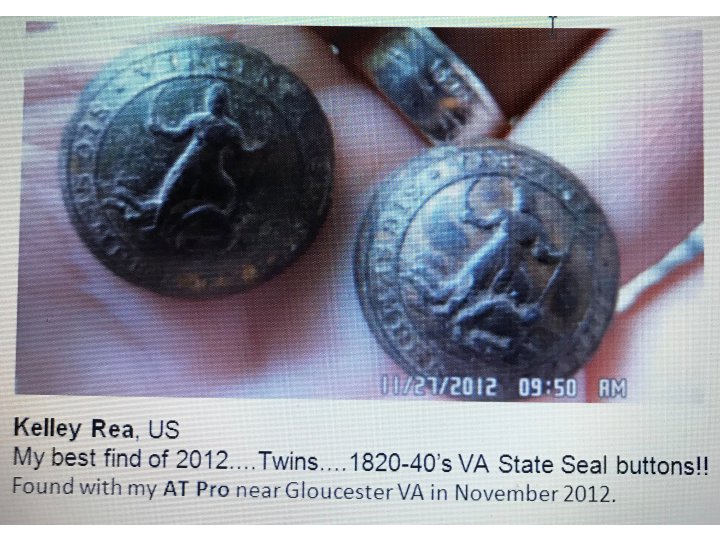 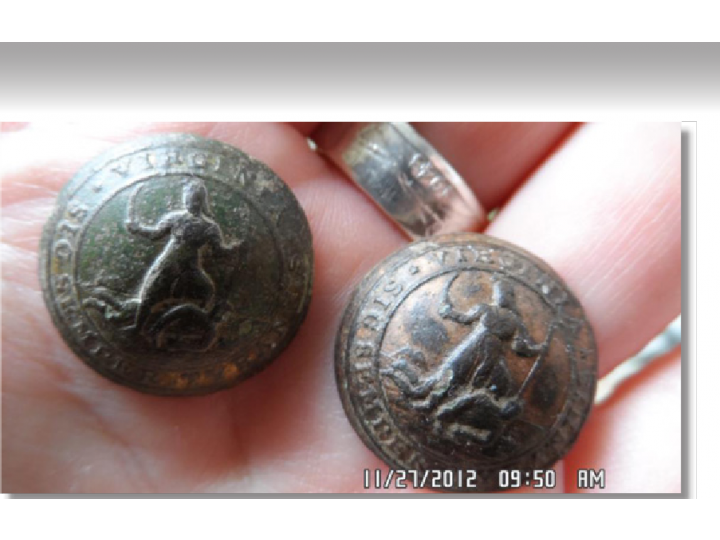 Item: Pre-Civil War Virginia Militia Coat Button - "Soup Bowl" Published
Backmark: "* RICH * / TREBLE GILT" rm.
Construction: Very high convex, one-piece.
Approximate size: 22 mm.
Condition: Very good, excavated, secure shank present. While there is some minor ground action on the rim's edge at the 3:30 oçlock position, this example has no cracks, breaks, or repairs.
Remarks: This is one of two Virginia Militia coat buttons, of the same type, that were recovered together in the Gloucester, VA area. Encircling Virtus standing over Tyranny is the Virginia state motto "SIC SEMPER TYRANNIS" or "Thus ever to tyrants". The term "soup bowl" is derived from the fact that the button was manufactured into a deeper curved bowl instead of the more common low convex example. The soup bowl variety is much harder to recover than the low convex examples. According to the button reference book "Uniform Buttons Of The United States 1776-1865" by Warren K. Tice, "When available, these scarce buttons are found in both dug and pristene conditions. British artisans probably manufactured these silver plated buttons about 1825-1835." This button, along with its twin, was featured in the on-line "Relic Hunter Magazine" in the March - April 2013 issue on page 20 showing Best Finds of 2012.
Recovered: Bena, VA (Bena is situated in Gloucester, VA across the York River from Yorktown)
Reference: Tice: VA110A2 Albert: VA 3