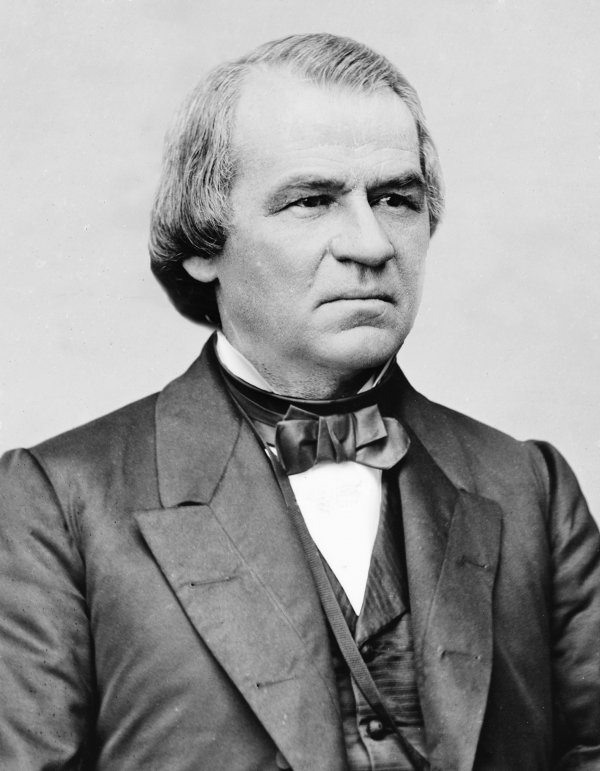 Andrew Johnson (December 29, 1808 – July 31, 1875) was the 17th president of the United States, serving from 1865 to 1869. He assumed the presidency as he was vice president at the time of the assassination of Abraham Lincoln. Johnson was a Democrat who ran with Lincoln on the National Union ticket, coming to office as the Civil War concluded. He favored quick restoration of the seceded states to the Union without protection for the former slaves. This led to conflict with the Republican-dominated Congress, culminating in his impeachment by the House of Representatives in 1868. He was acquitted in the Senate by one vote.

The impeachment resolution against Andrew Johnson, adopted on February 24, 1868.

President Andrew Johnson held open disagreements with Congress, who tried to remove him several times. The Tenure of Office Act was enacted over Johnson's veto to curb his power and he openly violated it in early 1868.

The House of Representatives adopted 11 articles of impeachment against Johnson. The articles charged Johnson with:

Chief Justice Salmon P. Chase presided over Johnson's Senate trial. Conviction failed by one vote in May 1868. The impeachment trial remained a unique event for 130 years.