After victory at First Battle of Bull Run, the Confederate States Army (CSA) established a defensive line from Centreville along the Occoquan River to the Potomac River. The Confederates used the Potomac’s banks as gun positions to halt Union traffic on the river, protecting Manassas Junction to the west and Fredericksburg to the south and to close the Potomac River to shipping and isolate Washington.

In October 1861, the Confederates constructed batteries at Evansport (now downtown Quantico, consisted of two batteries on the river bank, and another 400 yd (370 m) inland), a CSA field battery located at the mouth of Chopawamsic Creek where it empties to the Potomac (now the Marine Corps Air Facility), Shipping Point (now Hospital Point on Quantico, number of guns unknown), Freestone Point (a CSA four-gun battery on the shore of the Potomac River, now within Leesylvania State Park), and Cockpit Point (near the current asphalt plant, consisted of six guns (one heavy gun) in four batteries, a powder magazine, and rear rifle pits, on top of a 75 ft (23 m) high cliff known as Possum Nose). By mid-December, the Confederates had 37 heavy guns in position along the river.

Union ships approached the point again on March 9. A landing party from Anacostia and Yankee destroyed abandoned Confederate batteries at Cockpit Point and Evansport, Virginia, and found CSS Page blown up. The Confederates, in keeping with their general tactic of withdrawal from the sea coast and coastal islands, had abandoned their works and retired closer to Richmond, after effectively sealing off the Potomac River for nearly five months. 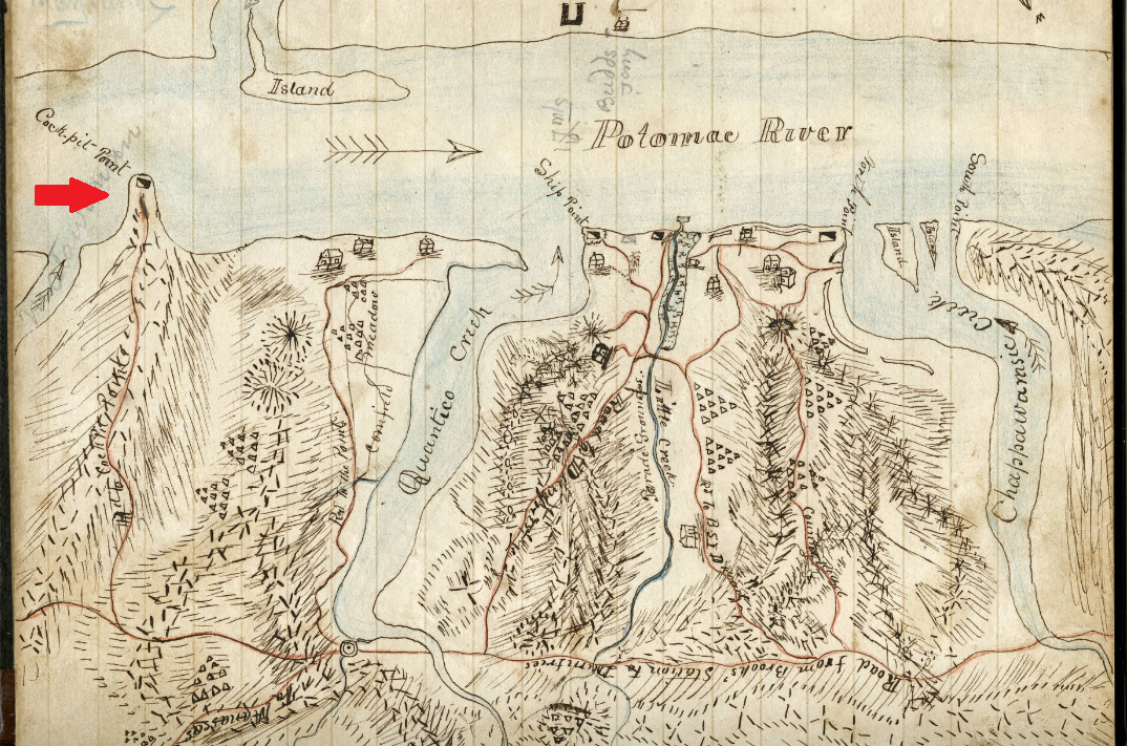