Camp Mallory was an encampment located at Evansport, VA., and were the winter quarters of troops under the command of Confederate Navy officers. 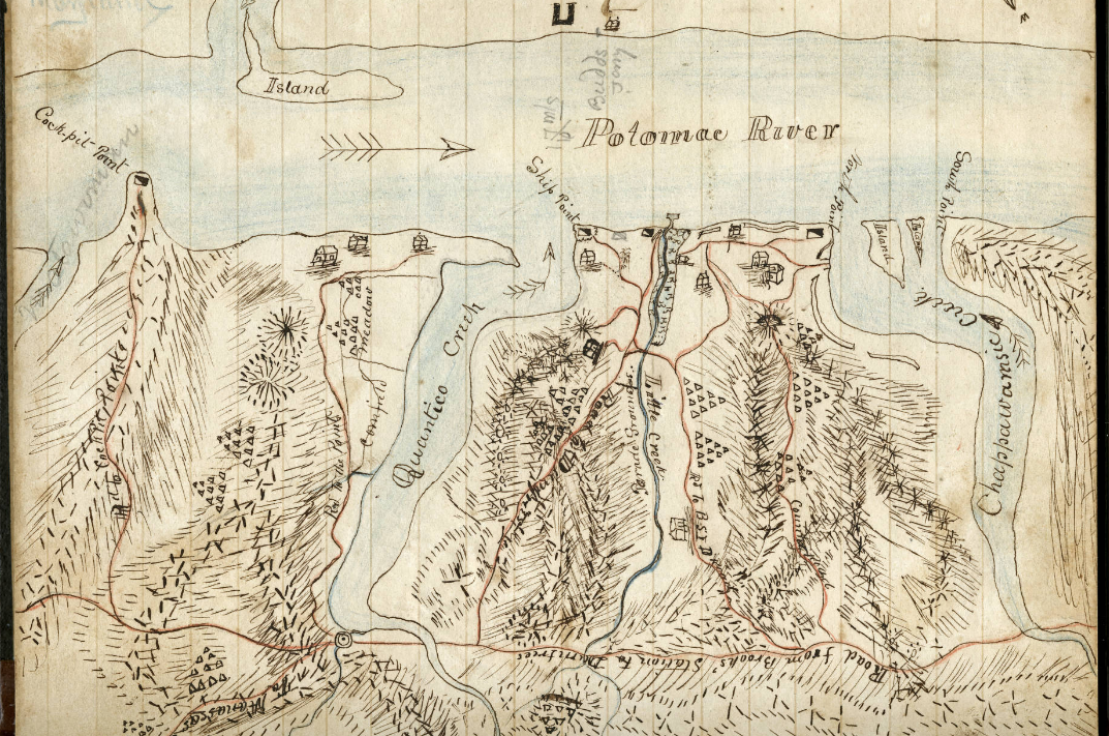 During the American Civil War, control of the Potomac River became very important to the armies of both sides. The Confederates picked the Quantico Creek area on the Potomac to set up gun batteries. This enabled them to make full use of several points where their artillery could reach anything on the water, thus deterring Union use of the water highway. One of these sites included Shipping Point, the present day site of the Marine Corps Systems Command. Another site is Tennessee Camp, listed on the National Register of Historic Places in 2008.

While battles took place in Manassas, Virginia and Fredericksburg, Virginia, the gun positions around Quantico were used until the end of the war. After a 12-day battle at the Spotsylvania Courthouse where the Union lost about 25,000 soldiers, the war moved out of the Quantico area.

The village came to be called "Quantico" and was built by the Quantico Company. This was the start of a thriving tourist and fishing town that would later be encompassed by Marine Corps Base Quantico.

“REBEL BATTERIES ON THE POTOMAC.”

“ON page 742 we publish two pictures of the REBEL BATTERIES ON THE POTOMAC, from sketches from an occasional correspondent with the Potomac flotilla. One represents the batteries at Evansport ; the sketch was taken from the mouth of Chickamoxen Creek, directly opposite : the other is Budd's Ferry, on the Maryland shore, directly opposite the batteries, where our troops now are. The Herald correspondent thus speaks of the rebel batteries on the Potomac :

The batteries, as far as they are known to exist, and without counting such as may remain masked, now begin at Opossum's Nose, that line extending four miles, to Chapawmisie creek. Below this there is a gap of eight miles to Aquia creek, where, as is well known, another line of batteries begins, extending to Potomac creek, a distance of six and three-quarter miles. From Potomac creek to Mathias Point is a distance of fifteen miles in a straight line, or, following the curve of the shore, seventeen miles. From the former place, nearly to the latter, is a chain of earth-works, but no guns are believed to be mounted. These distances were pricked off with the dividers on Phelps's chart this morning, and have not been guessed at. With regard to the batteries, I repeat, I have seen them, and more than once came near feeling them to some purpose. Taking the batteries as extending from Opossum's Nose to Potomac creek, with a probable gap between, for which I made allowance in previous communications, a line of batteries of nearly twenty miles is clearly made out ; and this without taking into account the works between Potomac creek and Mathias Point, or calculating on the strong probability of masked batteries between Opossum's Nose and Freestone Point, in the opposite direction.”