Garysburg, NC is situated approximately 62 miles directly south of Petersurg, VA just over the VA/NC state border. During the Civil War, Garysburg was important because of the Petersburg Railroad. A camp was established for Confederate troops north of the town and trenches were dug near the river bridge to protect it from attack. The Methodist Episcopal Church was converted into a hospital and used by Confederate soldiers from North Carolina and Virginia, some of whom are buried in the church’s courtyard. Following the war, Garysburg was still a prosperous town. The editor of a Petersburg, Va newspaper wrote in 1881: “…We made the Garysburg Hotel, which is one of the best country hotels in the state — our headquarters.”

Plan of fortification around Garysburg, N.C. 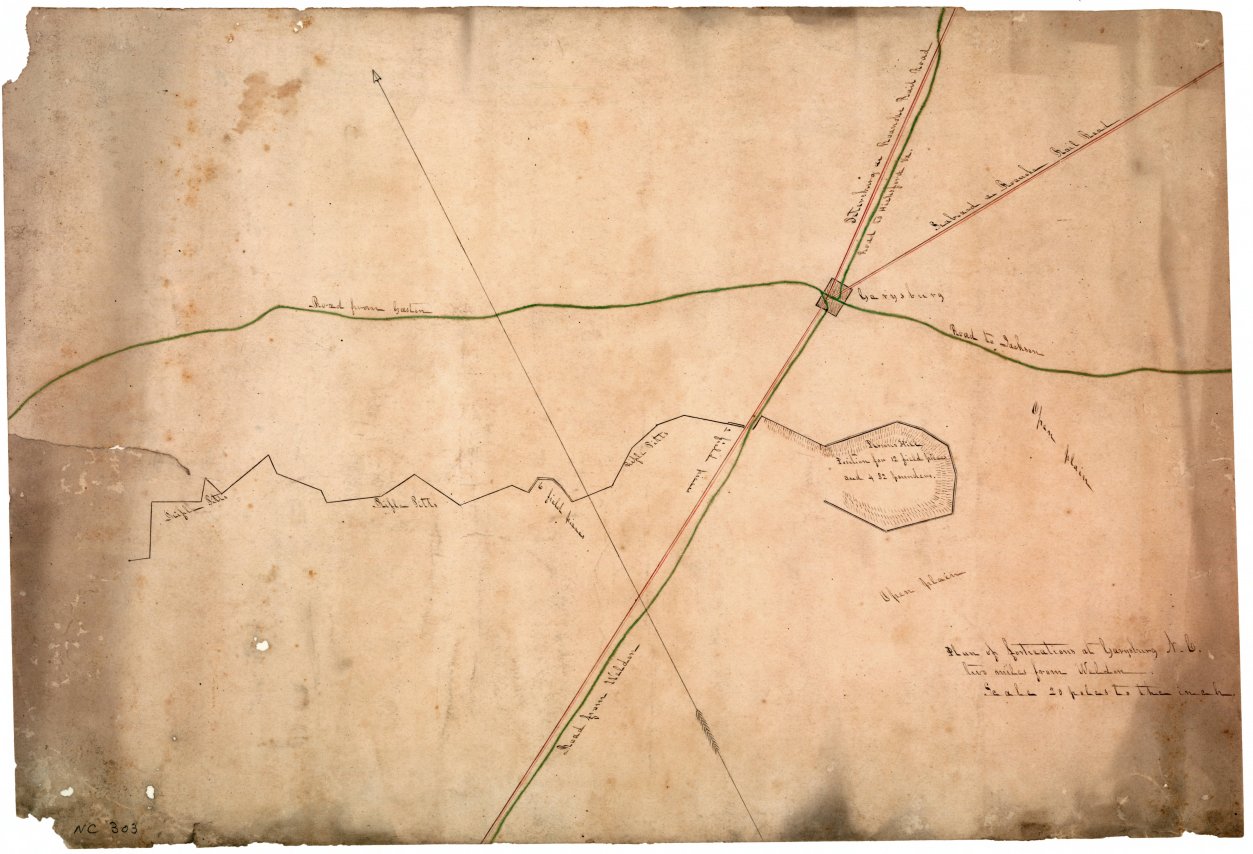