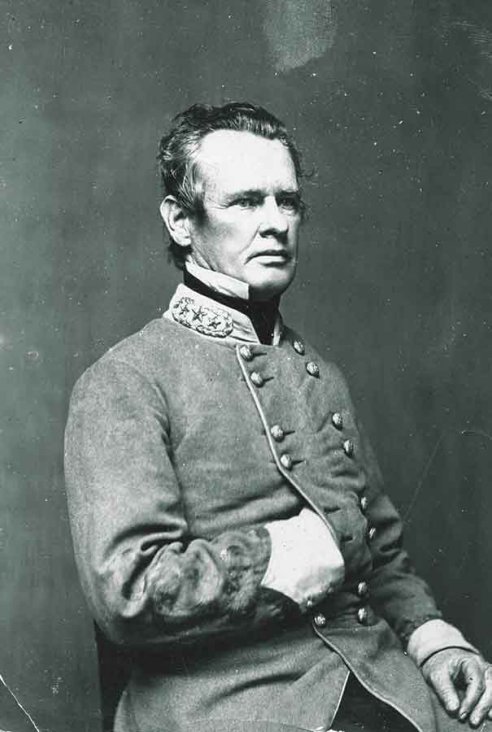 Gabriel James Rains adapted his primer to a land device he called a dart grenade, a Confederate version of William Ketchum’s widely used “Improved Hand Grenade.” When the striker hit an object, the impact moved the striker against the musket primer cap, setting it off and igniting the main powder charge. Edward Porter Alexander, Lt. Gen. James Longstreet’s chief of artillery, wrote in his posthumously published book "Fighting for the Confederacy":

“I also sent to Richmond to have a large lot of hand grenades made of a pattern which Gen. Rains had recently devised. They were thin, iron-shells, about the size of a goose egg with powder and a sensitive paper percussion fuze in the front and a two foot strap or strong cord to the rear end. A man could swing one of these and throw it 60 yards and they would burst wherever they struck. I sent for these, believing that the enemy were preparing to make a regular siege approach, upon Elliot’s Salient…”

The grenade shells were provided with the percussion cap, but powder was not poured into the shell until the grenade was ready for use. After the powder was instilled, the tail was assembled. The dart grenade had a lanyard, but its function was to pull a safety pin that held a cover in place over the Rains primer on the nose of the grenade. Dart grenades could be filled with powder at the manufacturing plant and transported as a complete unit, with the tails packed separately. The cover of the primer, in the nose, would keep the weapon safe during handling and shipment. The tail had fins made of feathers, looking like darts (thus the name). When thrown, the grenade would not explode until its nose made impact with its target. Since the impact pressure only had to be approximately 7½ pounds per square inch, the object hit did not have to be too solid.

This weapon also had the virtue of dual capabilities. With the tail removed, it could be buried and used as a land mine. Being much smaller than the subterra shell, it was effective against foot soldiers and horses, while the subterra was most effective against cavalry, wagons, and towed artillery. Officers sent by Rains from the Torpedo Bureau in Richmond, to Columbia, S.C., to slow Sherman’s advance recommended that these dart grenades be used as land mines in place of subterra shells. They were also used as grenades in the Confederate defensive lines around Petersburg.

The above is a portion of an article titled “The New Art of War: General Rains’ ‘villainously concealed’ mines” found on Historynet.com