The Howlett Line was a critical Confederate earthwork dug during the Bermuda Hundred Campaign of the United States Civil War in May 1864. Specifically, the line stretched across the Bermuda Hundred peninsula from the James River to the Appomattox River. It was named for the Dr. Howlett's House that overlooked the James River at the north end of the line. The Howlett Line became famous as the "Cork in the Bottle" by keeping the 30,000-man strong General Butler's Army of the James at bay. 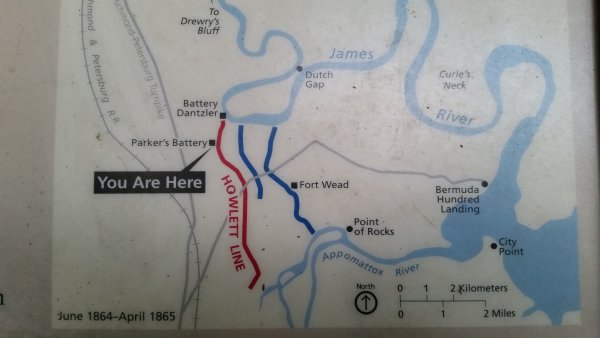 Battery Dantzler, called Howlett's Battery before it was renamed to honor Col. Olin M. Dantzler of the 22nd South Carolina, and Parker's Virginia Battery anchored the Howlett Line. During the Second Battle of Petersburg (June 15, 1864) Gen. P. G. T. Beauregard pulled part of the troops from the Howlett Line to reinforce his main defenses. Overall, the construction of Confederate fortifications and trenches known as the Howlett Line held Butler in place until General Robert E. Lee evacuated the position on April 2, 1865. 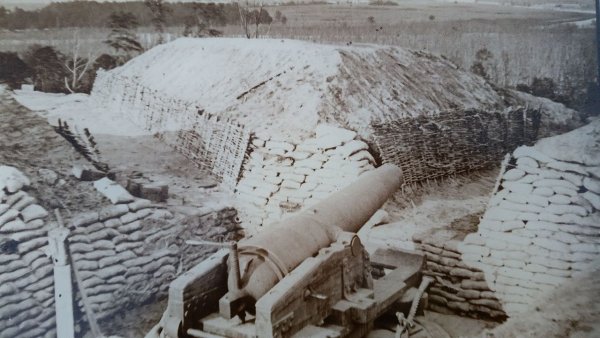