WE publish below a View of URBANNA, on the Rappahannock, lately visited by a reconnoitring party from Fortress Monroe.

"Urbanna is a small village near the mouth of the Rappahannock River, in Middlesex County, Virginia. It was formerly a place of some note, but has now dwindled into almost insignificance. The bricks composing some of the houses were brought from England more than a hundred and fifty years ago. It boasts one store, a church, and a schoolhouse ; the two last have been converted into lodgings for the soldiers now quartered there. Some time ago the Harriet Lane came up and threw a few shell into the woods on the banks of the river ; since then the inhabitants, with the exception of a few men, have all deserted their homes and gone far back into the country. The rebels have erected strong batteries both above and below the village." 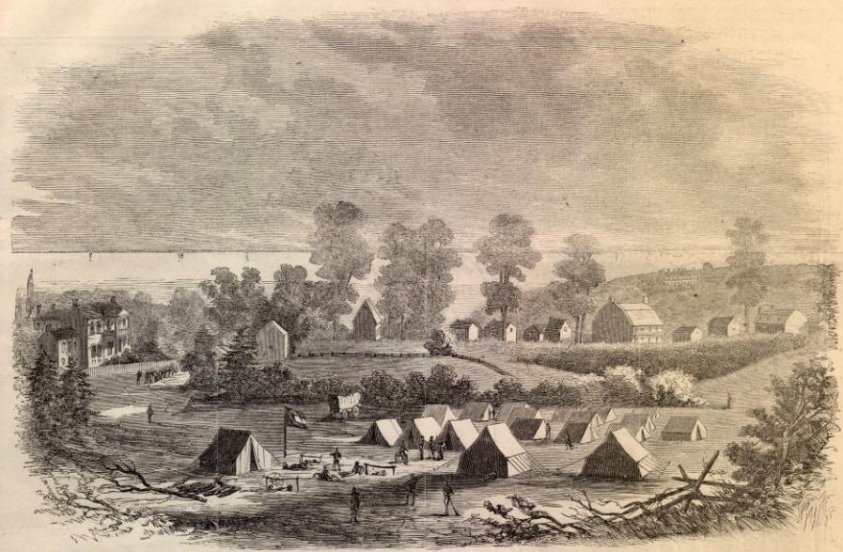 During the American Civil War, Urbanna was planned as the point of landing for General George B. McClellan's 1862 Peninsula Campaign of 1862 to take Richmond. McClellan shifted to use Fort Monroe as the starting point, almost doubling the distance by land that troops had to travel to the Confederate citadel. Delays in reaching the gates of Richmond allowed the Confederates ample time to erect substantial defensive batteries, contributing to the Union failure in this campaign.