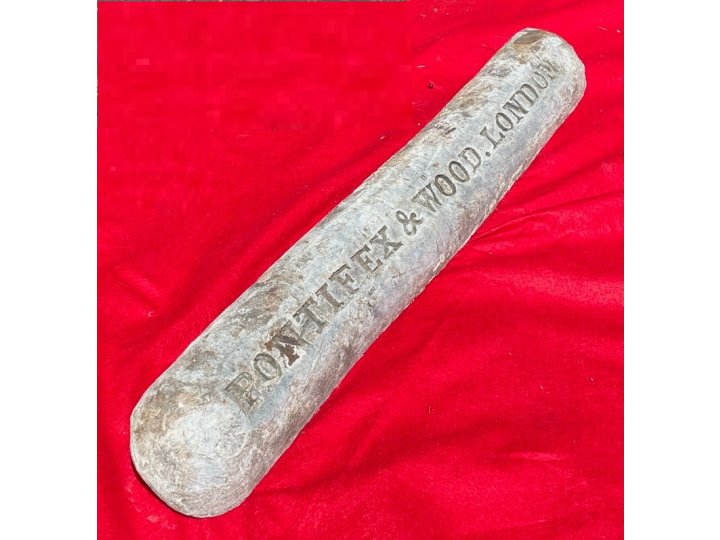 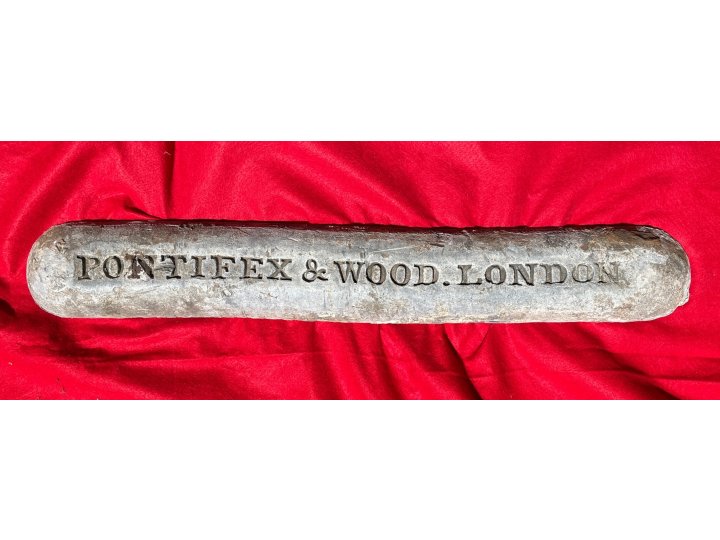 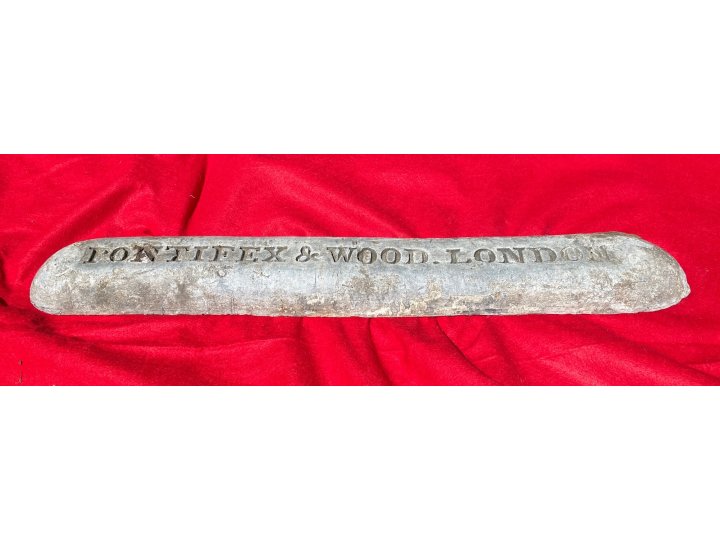 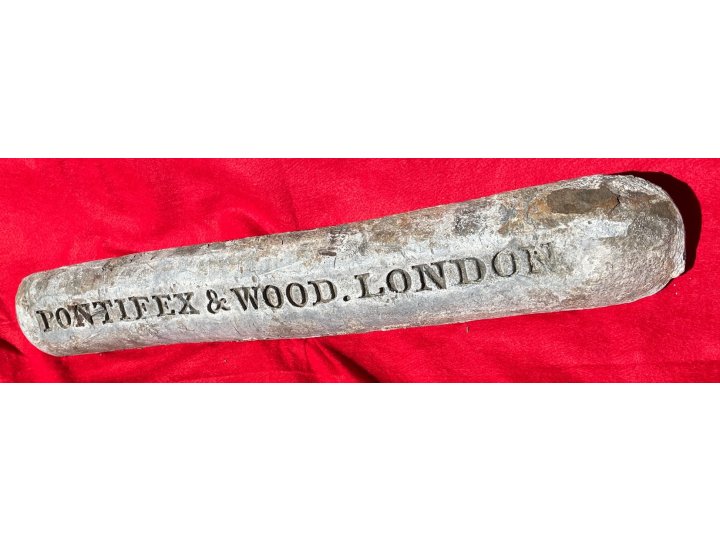 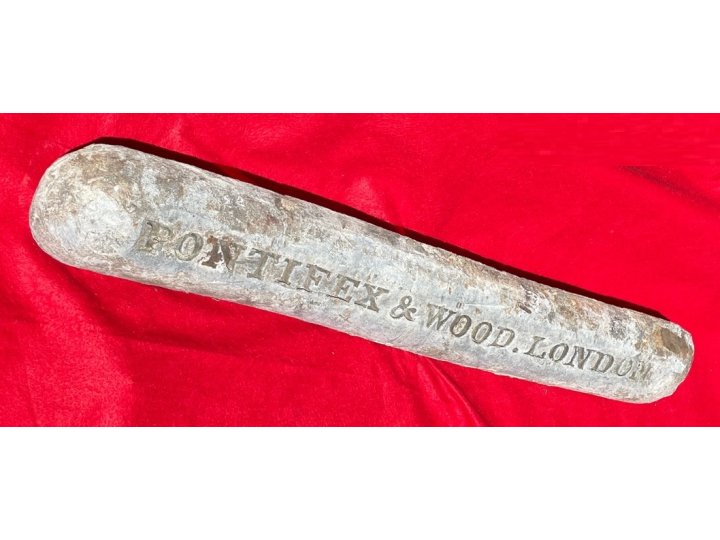 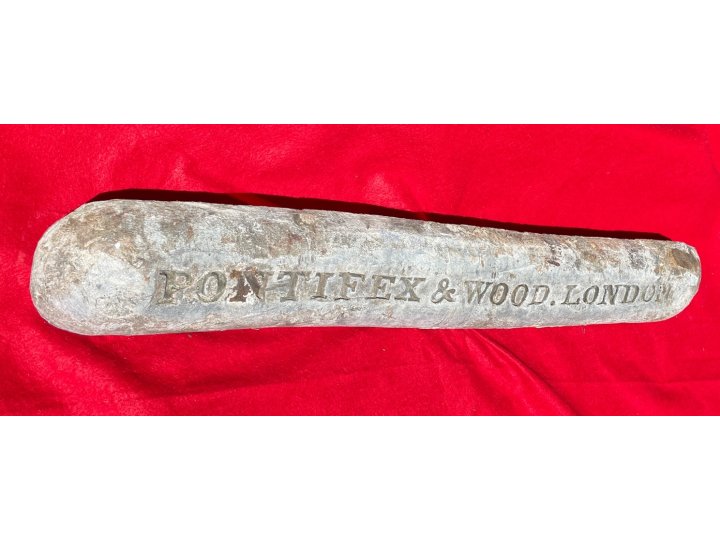 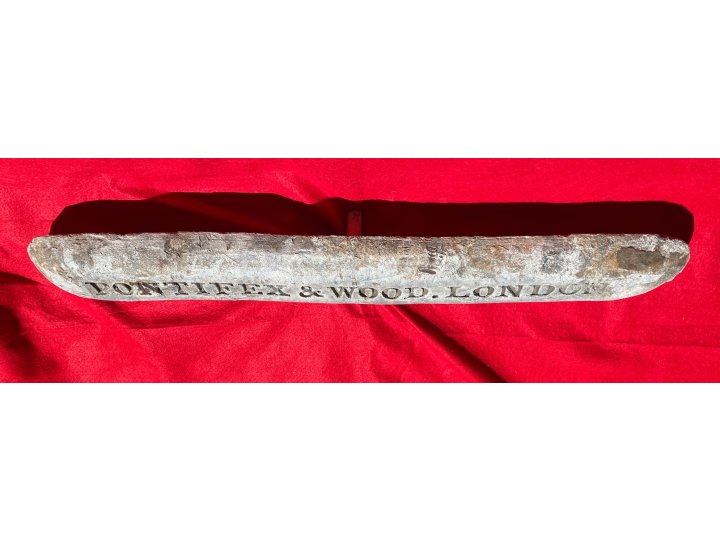 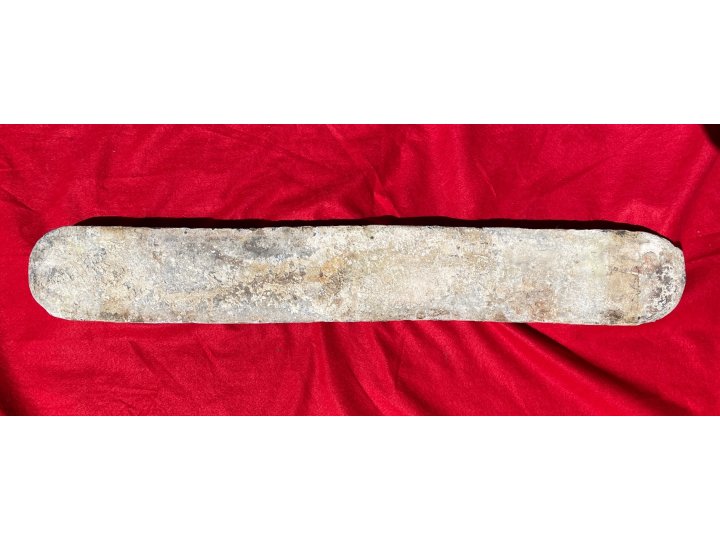 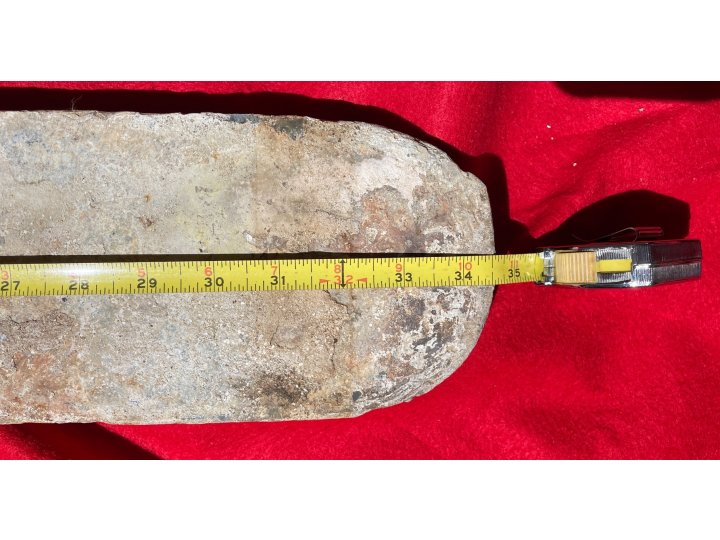 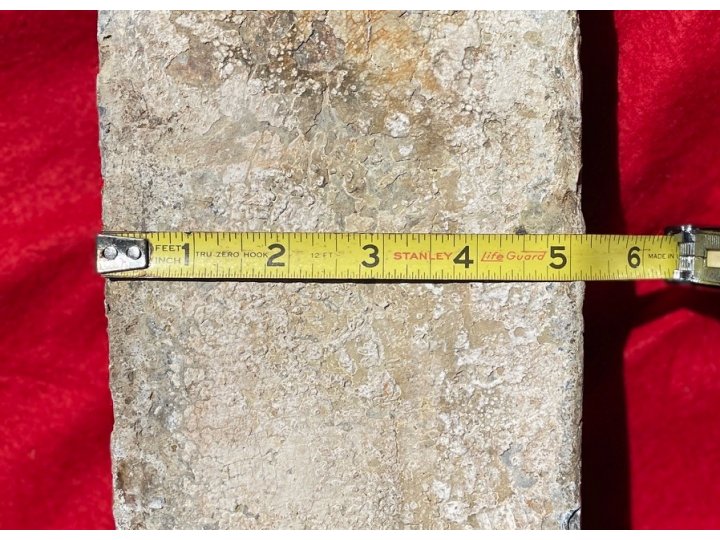 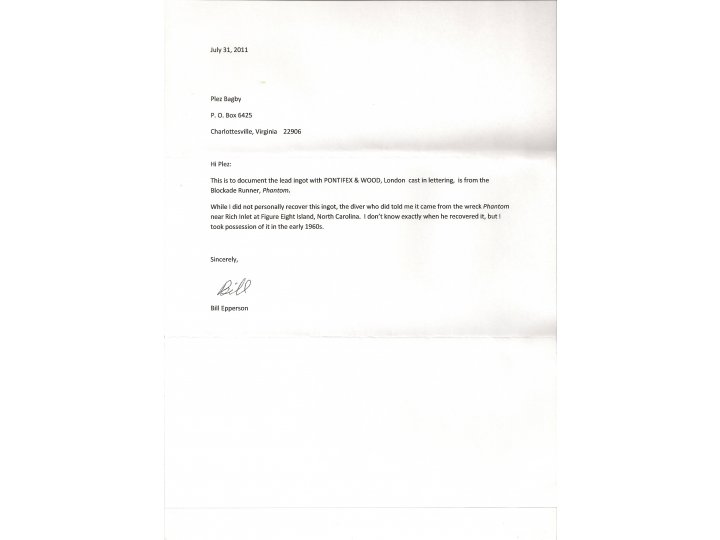 This lead ingot, with stamped letters "PONTIFEX & WOOD. LONDON", is in very good condition and was recovered from the Confederate blockade runner SS Phantom. Ingots of this size were not only used as ballast to improve the stability of the ship but also for manufacturing bullets and other military accoutrements. It was acquired in 2011 from the late Bill Epperson who owned a dive shop decades ago in Charlotte, NC. In a signed and dated letter regarding the provenance of the ingot, Mr. Epperson stated:

"While I did not personally recover this ingot, the diver who did told, me it came from the wreck Phantom near Rich Inlet at Figure Eight Island, North Carolina. I don't know exactly when he recovered it, but I took possession of it in the 1960s."

An image of this letter is included in the additional images and the original letter will accompany the ingot.

The ingot measures approximately 34-1/2 x 5-1/8 x 2 inches. It weighs approximately 103 pounds. The deeply impressed lettering is in good shape with every letter visible. There are no repairs.

Regarding the SS Phantom; "Chased ashore by USS Connecticut, she was lost on her third run into the Cape Fear, 23 September 1863, near Rich or New Topsail Inlet above Fort Fisher and fired by her crew, who made good their escape in the lifeboats. Boats from Connecticut could not get near her to put out the fires or get her off. One landsman in a boat making the attempt was killed by Confederate sharpshooters."

Additional research indicates that on September 23, 1863 the Phantom was on a run from Bermuda carrying cargo consisting of arms, 9 cases of whiskey, 2 cases of gin, 200 pigs of lead, 3 cannons, 50 cases of Austrian rifle muskets and other Confederate government stores. Phantom was being chased by the USS Connecticut. A strongbox with $45,000 in gold supposedly fell over the ship's side. Phantom was set afire by her crew to prevent capture and was further shelled and destroyed by the USS Connecticut after recovering 16 cases of rifle muskets and other goods. The Confederates also salvaged some of the goods.

Read more about the SS Phantom.

This ingot will be an excellent relic to display by a fireplace in a den, family room, on a deck, or just a great addition to any excavated Civil War bullet, nautical, or general relic collection.

PLEASE NOTE: This item will not be shipped.

Due to the weight of this relic, shipping will not be available. It may be picked up or delivered, depending on your location. Prior to purchase, please contact me to discuss arrangements for either local pick up or possible delivery.